The Commandant’s Professional Reading List (also known as the Marine Corps Reading List) is a list of required annual reading for all officer and enlisted Marines, whether active duty or reserve.

The great thing about the Commandant’s famous reading list is that most of these books are free. Download the other ones on your kindle, and you can easily knock out the required reading for candidates before you report to OCS. The Commandant’s Choice Books are great to have done before OCS, but not required.

This post features two lists: Commandant’s Choice, which are for all Marines, and the list for Entry Level Officers, or Candidates.

All Marines are required to read these books.

A Message to Garcia

Story of an American soldier charged with delivering a critical message to a leader of Cuban rebel forces during the Spanish American War. He delivers the urgent missive with no questions asked, no complaining, and no hedging. The enduring and almost unbelievably simple message of the essay is this: When asked to perform a task, don’t ask How…? or Why…? or Wouldn’t it be better if? Just do it. This book is also on the Sergeant Major of the Marine Corps Reading List and Chairman, Joint Chiefs of Staff, Reading List.

This publication describes a leadership philosophy that reflects the traditional strengths of the Marine Corps as an institution and attempts to define the very ethos of being a Marine. It is about the inseparable relationship between the leader and the led, and is as much about the individual Marine—the bedrock upon which the Corps is built—as it is about any leader. 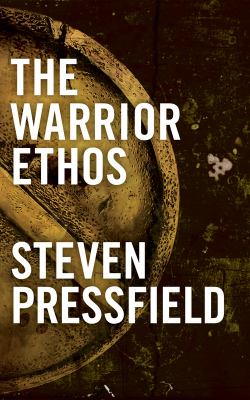 Do we fight by a code? If so, what is it? What is the Warrior Ethos? Where did it come from? What form does it take today? How do we (and how can we) use it and be true to it in our internal and external lives? The Warrior Ethos is intended not only for men and women in uniform, but artists, entrepreneurs and other warriors in other walks of life. The book examines the evolution of the warrior code of honor and “mental toughness.” It goes back to the ancient Spartans and Athenians, to Caesar’s Romans, Alexander’s Macedonians and the Persians of Cyrus the Great (not excluding the Garden of Eden and the primitive hunting band). Sources include Herodotus, Thucydides, Plutarch, Xenophon, Vegetius, Arrian and Curtius–and on down to Gen. George Patton, Field Marshal Erwin Rommel, and Israeli Minister of Defense, Moshe Dayan.

This Marine Corps doctrinal publication explains the code of conduct and moral quality of a Marine. The message delivered, if taken as a how-to-book, empowers the reader to plan, fearlessly expect the unexpected and, finally, get things done.

Our warfighting capability depends upon a lasting transformation: every Marine must possess the intellect, skill, and solid moral foundation to fight in the increasingly chaotic battlespace of the 21st century. MCRP 6-11D is designed to aid Marine leaders at all levels in their efforts to sustain the transformation process.
Free Online: Marines.mil

These books are required reading for all candidates before reporting to OCS.

Battle Cry follows the fortunes of a Marine outfit from boot camp to Guadalcanal, Tarawa, and elsewhere in the Pacific during World War II. Many of the events are based on the author’s WWII experience with the 6th Marine Regiment. The interactions of the characters and their ability to develop “esprit de corps” is a central theme.

The author recounts the simple but powerful lessons he learned as a United States Marine: the core values we must embrace if we are to be successful as individuals and as a nation. Only by incorporating such time-honored Marine qualities as pride, discipline, courage, brotherhood, and respect into our personal and professional lives can we meet the challenges that lie ahead.

Available in hardback or paperback on Amazon

I’m Staying with My Boys: The Heroic Life of Sgt. John Basilone, USMC

The only family-authorized biography of Sgt. John Basilone, the only World War II Marine to win the Medal of Honor, the Navy Cross, and a Purple Heart. The book follows Basilone from is written in the first-person, allowing the reader to experience his significant achievements at Guadalcanal and Iwo Jima as perhaps he did himself.

This book follows recruit of Platoon 3086 through Marine Corps boot camp in Parris Island, South Carolina, and the drill instructors who instill in them the principles of discipline, teamwork, and commitment. Ricks also examines changes in recruit training and how the Corps deals with critical social and political issues like race relations, gender equality, and sexual orientation, as well as the growing divide between the military and the rest of America. As the author follows these men from their hometowns, through boot camp and into their first year as Marines, he paints a picture not only of individual Marines but the Corps as a whole.

My Men Are My Heroes: The Brad Kasal Story (Leatherneck Classics)

Account of Marine First Sergeant Brad Kasal’s courageous mission to rescue fallen comrades while under intense enemy fire during the Battle of Fallujah. During the fight, Kasal was shot seven times, almost losing his leg, and sustained 47 shrapnel wounds using his body to shield a wounded Marine from an enemy grenade. He was awarded the Navy Cross, the nation’s second highest award for heroism, for his actions.

This book centers around the key battle of the American Civil War: the battle of Gettysburg. In a day-by-day chronicle, the events immediately before and during the battle of Gettysburg unfold through the eyes of Confederate and Union generals and officers. The author’s ability to convey the thoughts of men in war as well as their confusion-the so-called “fog of battle” is outstanding.

This is the book on which the film Gettysburg is based.