Big thanks to Zach B., Marine Corps infantry vet, for sharing some thoughts about how to survive and thrive at Marine Corps Officer Candidates School…in the dead of winter.

I recently realized that I departed for OCC (Officer Candidate Course) almost 6 years ago to the day – meaning that somewhere out there some very lucky souls are about to spend the next 10 weeks in Quantico, Virginia. 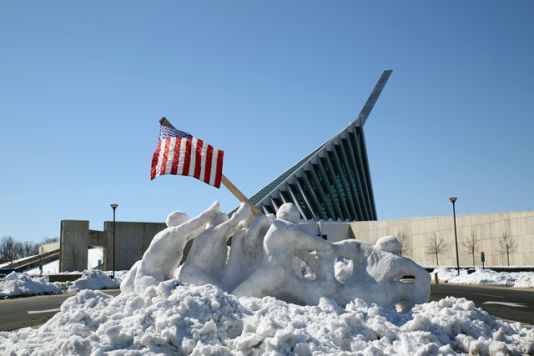 So, I thought I’d drop the guys at Sandboxx a line and maybe give you all some last-minute pointers on how to survive OCS from January to March.

Here’s how I started out and some of the principles that kept me out of trouble long after OCC 206.

There are few things worse than being cold wet and, if you make it through OCS, you’ll have plenty of opportunities to be cold and wet as a Marine.

If you’re first in the chute for the water obstacles (like the Quigley) or some sort of challenge, you don’t have time to complain or get worked up about it.  You’re going to do it anyway so you might as well get it over with. 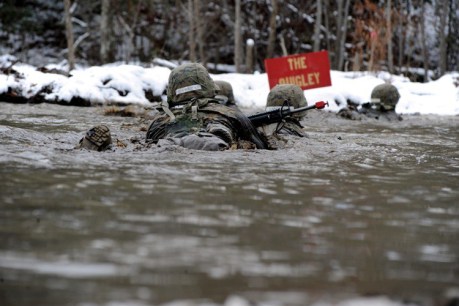 It’s no use being cold and dry longer before getting cold and wet.  While hypothermia might be a sciency-metabolic thing that’s out of your hands (like susceptibility to heat stroke or basic intelligence), you can at least go out like a champ or busy yourself with helping the other freezing sons-of-bitches.

When everyone is scrambling to get in their hooches or get back to the barracks or hop in a hot shower –  help a brother out.  Bobo isn’t going anywhere so be the last to eat by volunteering for gear guard.

Take responsibility until it crushes you…

Sure, you might get screwed when someone takes an extra minute or two with their coffee but your peers will respect you and there’s a certain satisfaction that comes with suffering. Hell – I’ll never forget unlacing boots for dudes who couldn’t work their fingers. That’s cold. 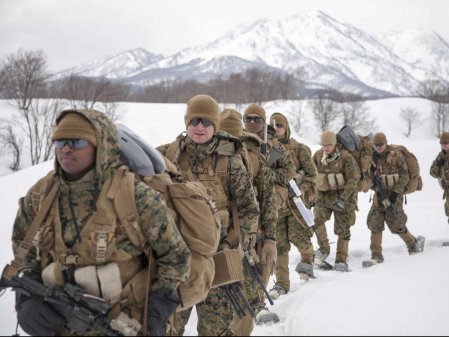 Maybe it’s the Irish-Catholic in me but I swear that little bit of self-sacrifice puts you in the right frame of mind to reflect on yourself, your current situation, what brought you here, and what you want out of your time in the Marine Corps.

Your class will have guys of all stripes and it’s a microcosm of the larger Marine Corps so get used to it and leverage their strengths.  Some guys are smart, others not. Some guys are rich, most are middle of the road. Everyone should have a fitness baseline.

East Coast, West Coast, No Coast – you are all there in the same environment with the same goals.  And if your goals are anything other than commissioning and serving Marines, you’re in the wrong place.

The more you all work together, the easier it will be.  Make racks, share a head, help study, inspect uniforms, give a hand, and be a good and fair dude.

Stud athletes and role models will get dropped and you’ll have no idea why.  Guys everyone else thinks are ‘weak‘ will be kept around, and others will think it negatively impacts their own service (I’ve seen it, and it doesn’t).

Help each other out as much as possible and let careers and leadership styles take their course.

In fact, most don’t even know what an MOS is. Half your class at TBS (The Basic School) will say they want to be a grunt – that will fall by half as much and half again before MOS assignments are handed out. The Marine Corps will find a home for you so don’t worry about it or listen to any “SME” at OCS unless it’s your platoon staff telling you about their own experience.

5. Depend on your enlisted brethren:

If you’re lucky, there’ll be an unforeseen weather delay that impacts the programming. On these rare occasions, your staff may open-up and ‘shoot the shit’ – make sure to pick their brains as much as possible.  They’re human as well and they want what’s best for the Marine Corps.

You might disagree with how they treat people, or how they yell, or what they choose to find fault with (everything), but they’re professionals who’ve paid their dues to get where they are.  There’s also a larger method to the madness which you know nothing about – seriously.

Listen to them when they have advice, forgive them if they get personal, respect them for what they’ve dedicated their lives to, and learn to depend (entirely) on the advice of your experienced enlisted folks.

I graduated OCC 206 in March 2011 and served as an infantry officer with 2d Battalion, 7th Marines (2/7).  I made a lot of mistakes, but made more friends than mistakes – that carried me through the worst of it.

Take responsibility until it crushes you, depend on your platoon sergeant, sleep less, don’t drink and drive, carry a condition 4 weapon on duty, and don’t go to the Village Pub in Palm Springs.  Zach, out.

Thinking about joining the Marine Corps?

You shouldn’t have to deal with unanswered questions or unsolvable anxiety!

We’re a community of officers dedicated to providing objective and comprehensive mentorship to the next generation of aspiring Marine officers.